FILMS boasts important clients who manufacture and use plants for the realization of cement tiles, starting from the mixture up to the drying of the final product.

Initially, the elements of the plants dedicated to the extrusion and shaping of the tiles were made of special steels, subjected to heat treatments to enhance their hardness. The extremely abrasive nature of the mixture, however, led manufacturers to search for materials with special characteristics of resistance to abrasion. This research has led to the increasingly large-scale use of Hard Metal, which has thus partially supplanted the use of steel.

Only the use of Tungsten Carbide can guarantee a longer duration of the material working in contact with cement, favouring the increase of the efficiency of the plants and, consequently, the reduction of production costs.

The mold dedicated to the shaping of the tiles consists of a static part (consisting of the counter-shape and feet elements) and a rotating part: the roller. The coupling between the static and the rotating part generates the shape of the tile. 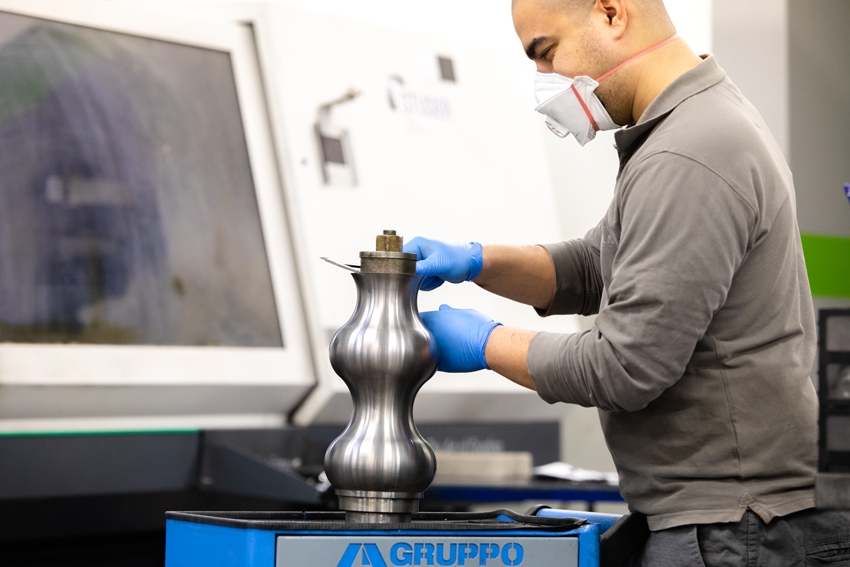 The range of components for forming tiles is wide, but the common thread is always constituted by the masses involved; the static part consists of a central body (counter-shape) whose weight varies between 10 and 20 kg, while the rotating part, the rollers, can reach a total weight of over 50 kg, with lengths varying between 300 and 360 mm and diameters between 150 and 200 mm. The geometric complexity of these products, combined with their dimensional importance, has led FILMS to increase its know-how and technology, to obtain increasingly adapted and high-performing products.

In order to meet the requirements of an application of this kind, standard grades of Hard Metal are used, varying according to the type of compound used to form the tiles. The aim is always the same: to obtain the best compromise between desired toughness and hardness in the final processing phase.

Read more
Open Day for the 50th Anniversary of Harditalia

Family and company together for 50 years! How a party can be an opportunity to […]